Deep-Rooted in Our Past

Focused on the Present

Investing in the Future

We are Round Lake Church

We invite all to join together for fellowship after worship

COMMUNION is celebrated the first Saturday of each month.
It is an open communion in which we invite all who believe to join with us to celebrate the Lord's Supper. (Grape Juice is used)

Our Praise and Worship service is on Saturdays at 5pm. We invite all to join together for fellowship after worship

Round Lake Church gives monthly to different individual and organizations both local and world Missions.

We believe in teaching directly from the scriptures in the Bible. Pastor's sermons include scriptures each week.

Pastor John Yingling serves at Round Lake Presbyterian as our Interim Pastor. 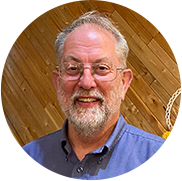 Reverend Yingling was born in Dayton, Ohio. He attended seminary at Louisville Presbyterian Theological Seminary. He was ordained in 1978. He is currently a member of the Presbytery of Northern Waters Presbyterian Church (USA)

He served as Pastor in Muscoda, WI; Detroit, MI; Bemidji,MN; Round Lake, MN; and Tamarack,MN. He currently serves in Blackduck, MN. He has returned to Round Lake and conducts service on Saturday evenings.

The good news of the Gospel is that the triune God—Father, Son, and Holy Spirit—creates, redeems, sustains, rules, and transforms all things and all people. This one living God, the Scriptures say, liberated the people of Israel from oppression and covenanted to be their God. By the power of the Spirit, this one living God is incarnate in Jesus Christ, who came to live in the world, die for the world, and be raised again to new life. The Gospel of Jesus Christ announces the nearness of God’s kingdom, bringing good news to all who are impoverished, sight to all who are blind, freedom to all who are oppressed, and proclaiming the Lord’s favor upon all creation. (Book of Order)

The one sufficient revelation of God is Jesus Christ, the Word of God incarnate, to whom the Holy Spirit bears unique and authoritative witness through the Holy Scriptures, which are received and obeyed as the word of God written. The Scriptures are not a witness among others, but the witness without parallel. The church has received the books of the Old and New Testaments as prophetic and apostolic testimony in which it hears the word of God and by which its faith and obedience are nourished and regulated. (The Confession of 1967)

In Christ all the fullness of God was pleased to dwell, and through Christ God reconciles all things, whether on earth or in heaven, making peace by the blood of the cross (Col. 1:19–20). In Christ’s name, therefore, the Church is sent out to bear witness to the good news of reconciliation with God, with others, and with all creation. In Christ the Church receives its truth and appeal, its holiness¸ and its unity.

THE GREAT ENDS OF THE CHURCH ARE:

Check Out Our Annual Events 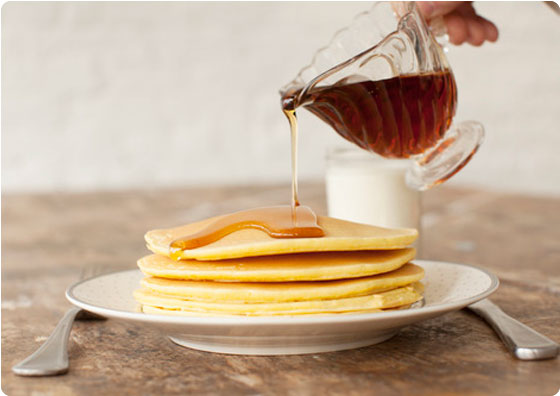 The annual Pancake Breakfast is held the Saturday of the Minnesota fishing opener. This event is sponsored by the men of the church, with the help of the women. 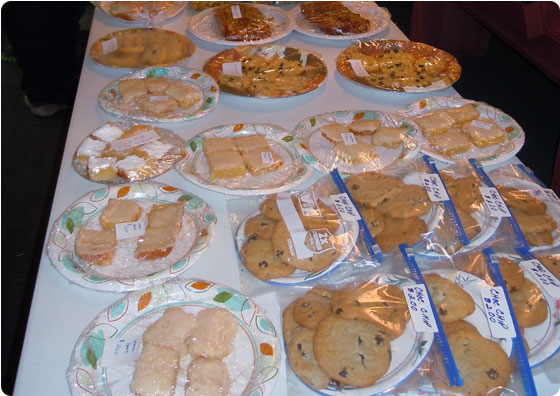 The Memorial Day Weekend Sale is the Ladies Guilds largest annual fund raiser. The funds generated during this event are donated to many local mission projects. The sale includes: baked goods, flowering garden plants, crafts, rummage sale goods and lunch. Many people in the local community are involved and donate items for the sale. 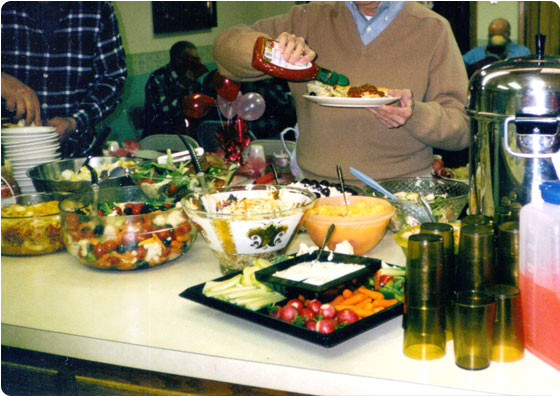 Round Lake Church hosts many potlucks throughout the year. The church congregation and community enjoy fellowship together. As a bonus, the food is delicious. 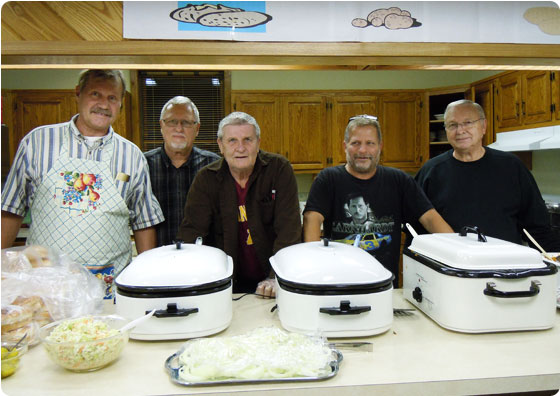 The Hunters Supper is held annually during the Minnesota deer hunting season. During the supper, The Ladies Guild hosts various fund raising activities, such as, a bake sale and silent auction. Supper volunteers enjoy a time of fellowship prepping to provide a wonderful community meal. 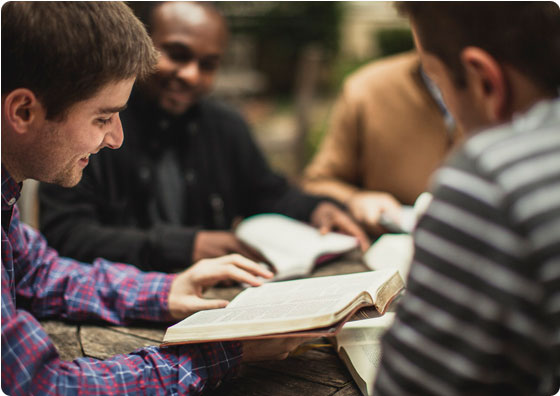 Bible studies are held throughout the year. They are interesting, insightful and are typically held in member homes. Current Bible Studies are announced in the local Voyageur Press newspaper. 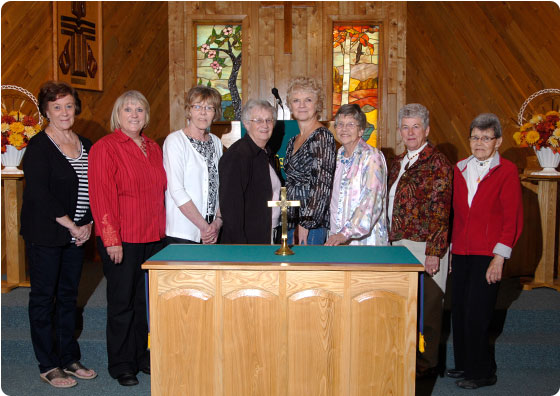 The Ladies were the backbone to the church in the early days and continue to be a vital component for reaching the local community. They meet monthly at 10:00am on the third Thursday at various locations. The ladies have proven themselves to be consistently ready to help when called upon. Funds raised by the Ladies Guild are donated locally.

Deep-Rooted in Our Past 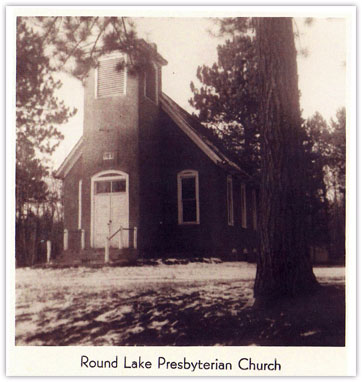 The original Round Lake Presbyterian Church was built in 1923, but it had been in the hopes and dreams of area pioneers since the early 1900's.

In 1903, about a dozen women known as the "Willing Workers" formed a sewing club which eventually developed into the Ladies Aid of the Round Lake Presbyterian Church. These women each gave voluntary contributions of fifty cents to purchase material and sewing supplies. The articles they made were sold and with the returns, more material was purchased for future sewing. In this way, a savings was slowly acquired. The group also organized basket socials, dances, quilt raffles, plays and other sponsored programs and picnics. 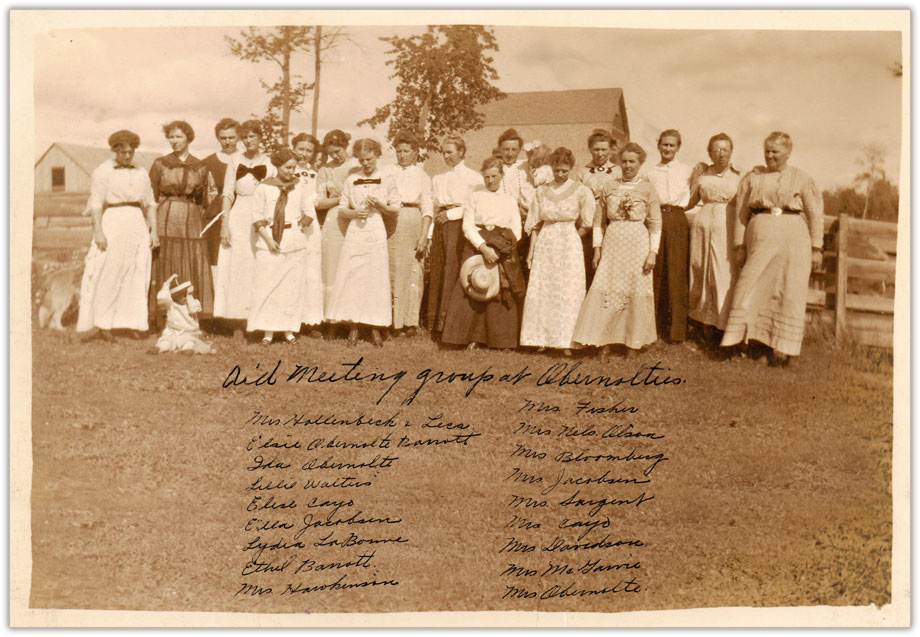 The ladies were concerned for the spiritual needs of themselves and their families and as a result, a Sunday school was organized. Over time, their mission became greater and the idea of a church building began to materialize, so the group went work to make their dream a reality.

Two acres of land had been donated for a cemetery near Round Lake in 1904 and the upkeep had been carried on by members of an association willing to purchase a lot. Eventually inquiries were made by the determined “Willing Workers” asking Pine Tree Mfg. Co. for a donation of land next to the cemetery, as this area seemed a suitable location for a building. The company willingly agreed to donate up to five acres, contingent on the church becoming affiliated with an official church denomination. Plans were soon made to affiliate with the Presbyterian Church.

With savings of $1000.00 and money borrowed in the sum of $700.00, building efforts began in the Spring of 1923. The Church’s first pastor, Reverend Elwyn Channer urged on the efforts, spending many hours in the actual construction of the building. Many volunteers from the church, as well as from neighboring communities and churches donated time, money and materials. Many willing hands and hearts made light work. And the church was dedicated in 1924. 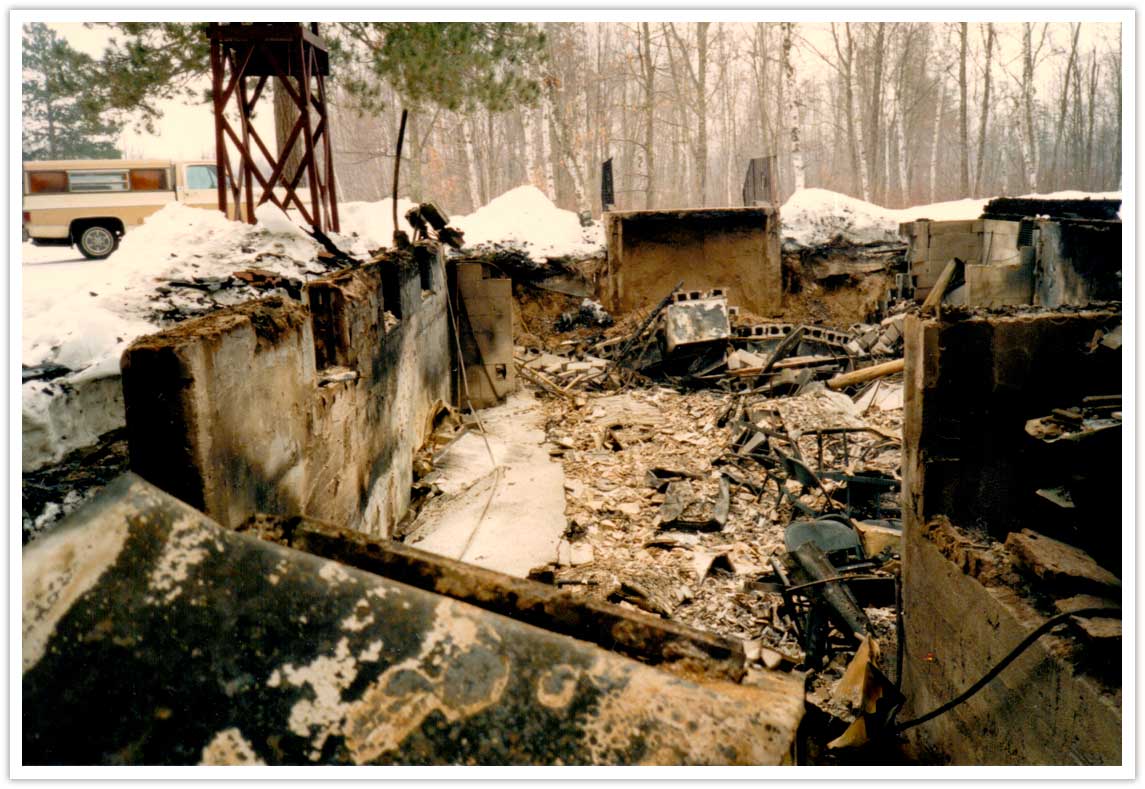 The membership of the church was small enough that throughout the winter months, services were at times held in homes. In order to keep the building in repair, the ladies often went back to work raising funds. They planned bazaars, ice cream socials, rummage sales and other inventive fundraisers. Under the leadership of Reverend Herb Peters in the late 1960s, more funds were raised, and the church took on the task of constructing an addition to the building.

Over the years, the church stood in its peaceful setting among the pines to serve all who would come. Sunday services and Sunday school, funerals, weddings, cemetery clean-up days, Bible School and many social gatherings were held in that cherished location.

Then, on March 6, 1989 this spiritual landmark was destroyed by an arsonist who set fire to the church, burning it to the ground! Tragic though the loss was, the congregation felt they had lost their building, but not their church. The decision was made to rebuild.

Once again members and many friends banded together to reconstruct a place of worship in honor of our Lord. Many friends donated money, materials, and furniture to the cause.

After hours of labor, both contracted and volunteer, the beautiful new church was dedicated May 20, 1990.

The church is not the same as some “old timers” remember, but Round Lake Church was meant to be. There has always been a faithful few to keep it going, and it is quite evident that God wanted this church to be here. He has kept it alive! Lord willing, it will continue to be a friendly and caring place for God’s people to gather and worship. 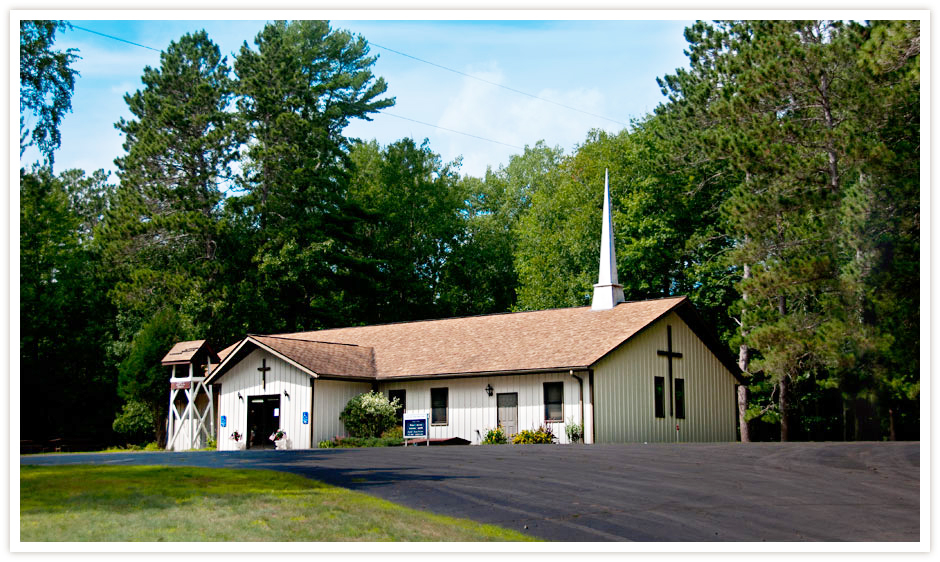 Round Lake Presbyterian Church History was written by Clyde Nelson including an account by Hazel Sorenson This is a condensed version of that history. If you'd like to read the entire history, which was written for the dedication service on May 20, 1990 for the new church building that was built after the original burned down, you can download that here.

Get in touch with us